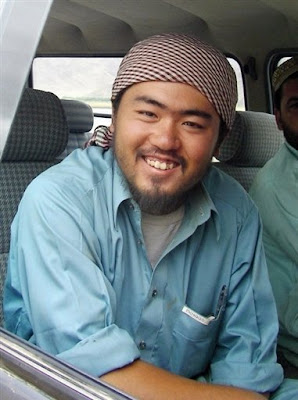 Kazuya Itou was a volunteer working with the Peshwar no Kai group in Afghanistan. The Peshwar-kai is an NGO that has deeply embedded itself in the Afghan countryside and has delivered medical treatment, dug wells, built irrigation channels, and contributed to reviving the ecosystem of the countryside among other concrete human development. Kazuya Itou volunteered, and risked his life to join the mission of reviving Afghan society after nearly 30 years of civil war. His means were peaceful, and he describes his intentions in this way:

"Judging my current abilities, honestly I'm terrible at languages. I also can't deny that I have no experience or knowledge in agriculture. However I want to learn together with the people of Afghanistan.
My aim is to help restore Afghanistan to the rich and green country that it should be. This is not something that can happen in two or three years." 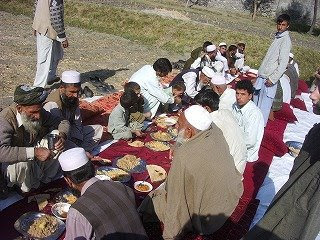 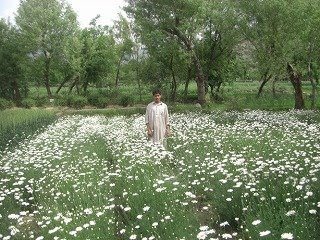 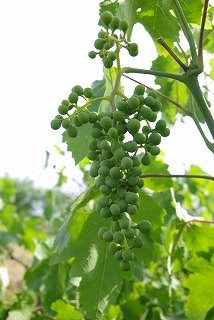 For these quite noble goals instead, Mr. Itou was shot and killed by a Taliban group. This was not a random attack, his attackers have made their motivations clear: ransoming Mr. Itou for money and creating chaos for the Afghan government. And so his life, and his mission have been ended.

Did this order come from on high? It seems unlikely since Afghanistan's Taliban have over the past six years split into several different organizations, more likely this was a crime of opportunity. And yet this did not stop a Taliban organization from issuing a statement declaring that "the killings will not stop until all foreigners leave Afghanistan," and that "although this organization makes itself useful to Afghans, they are spies who bring in western influence." Thus, even the Peshwar kai, an organization dedicated exclusively to the peaceful reconstruction of Afghan society (and adamantly against the American and NATO occupation) is targeted not only at the ground level, also at the political level by Taliban fundamentalism. These brutes have announced that "We will kill members of any aid organization, even if their country has not sent troops to Afghanistan." 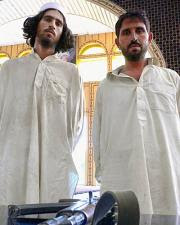 There is more to this story. I have personally seen the main representative of Peshwar-kai, Tetsu Nakamura, speak at Kyoto University in 2006, and I remember being very disenchanted with his speech. Of course he layed out the various activities that the group was undertaking in the country which are all very laudable and worthy of emulation. He also described how he saw these activities as directly linked to article 9 of the Japanese constitution. However, when the discussion turned to politics, he repeatedly denounced the presence of the American and NATO-led occupation of Afghanistan. When an audience member asked him what we can do about the situation in Afghanistan, he said "I think we can only wait until America collapses as a country." This struck me as a profoundly reactionary declaration. And yet everyone around me, NGO workers and audience members alike gave him a standing ovation after this, his final statement.

I do not mean to question the important work that the Peshwar-kai undertakes in Afghanistan, their bravery, nor the events that they have seen which lead them to their conclusions. However it is obvious enough that the organization and its adherents subscribed to a reactionary ideology and eventually fell victim to it. How?
Take for instance this interview that Magazine 9 did with Tetsu Nakamura, the Peshwar-kai's representative, on April 30th where his views on progressive social change become clear.

"In Afghanistan, the amount of people who are dying is growing. Of 25 million people in the country, 12 million will be affected by drought, 5 million are at the starvation line and 10 million are right below the starvation line. And then you've got these people trying to realize male/female equality, or put in communication networks around the country, really now what's that about?"

....
"Q: So the Peshwar-kai has managed to embed itself quite deeply in Afghanistan it seems.

Nakamura: Yes. Afghans are very pro-Japanese. Plus we have always respected religion.

A: Largely there has been a lot of activity that has no understanding of Islam. For example, female equality programs which want to assert womens rights and whatnot. Look, if you try to do that out there, the women will reject it first of all. They'll think like: what is this, some Christian prosletyzing?"

So Nakamura at least takes an antagonistic view towards gender equality.

Even worse, in this article, written right at the start of the Afghanistan war, he emphatically defends the Taliban regime and the right of councils of elders to accept Taliban leadership in villages. He talks about how in 2001, although women are not allowed to go to school, the Taliban government will look the other way when they go to 'secret schools'. He would spend the next seven years denouncing the occupation and the aid efforts of most NGOs. And now these same Taliban, wrested from power, are burning down women's schools across the country, in fact just last week in Peshwar, of all places.

I could do a lot more to expose the contradictions of the Peshwar-kai's ideology. Friends have told me that the organization at one time boasted of 'being Taliban', not in the armed sense, but in 'belonging' to the countryside. To 'be Taliban' how many times must someone look the other way when women are stoned to death, and informal Islamic courts sentence people to execution? Still, one thing is undeniable. When Mr. Itou was murdered, more than a thousand villagers took to the countryside to find the killers and arrest them. Just from that mobilization we can tell that the Peshwar-kai's activities are widely respected and deserve greater attention. And yet in the end, their efforts are mostly for naught, since they are being evacuated from the country along with most NGOs given the collapsing security situation.

Mr. Nakamura and those who sympathize with him say a lot about the hopeless ideologies that people will turn to when real social progress seems unattainable. The Peshwar-kai holds something like 10 conferences and discussions a month across Japan, it is fair to say that the organization is one of the most influential Japanese aid organizations in the country, and are depended on for an understanding of the Afghan conflict.

I can't help but remember the murder of Margaret Hassan, the anti-war volunteer working in Baghdad since before the war, who was killed and left in a bag on the roadside, her arms and legs severed and her throat slit. That was definitely the point, after so many Iraqi leftists, reporters, and other aid workers had been killed, where I realized that I could no longer see eye-to-eye with the anti-war left, who would accept anything over the flawed bourgeois democracy that the coalition was trying to achieve. Given the brutal murder of Kazuya Itou, perhaps there will be others in Japan who realize that compromising with religious fascists is the first step in getting killed by them.
**************************** 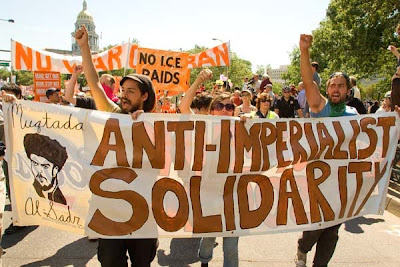 Seen at the protest agains the DNC rally (warning: vile right-wing link) organized by the broad anti-war left. Someone should perhaps inform these idiots that it is the Sadrists that are probably most responsible for the near-extinction of progressives and socialists from Iraq. Their Islamic courts were arresting and executing communists once the insurgency got underway in 2004. And their organization has stayed consistent to its original mission: reactionary opposition to occupation in the service of sectarian Shi'ism.

In other words, they would literally kill you. And others like you who live in their country.

Those who dig their own graves cannot complain when the dirt starts filling in. 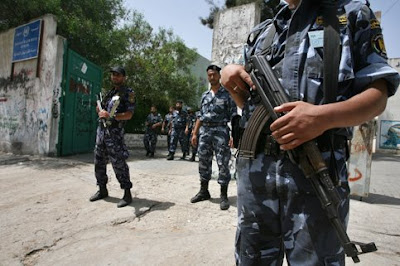 And in Gaza, again teachers are on strike, this time expressly against the Hamas regime. Which the gutless writers at Electronic Intifada can only describe as "Palestinian political tensions impacting (the) education sector". Why not call it what it is? A working class struggle against fundamentalism and dictatorship.

The General Secretariat of General Union of Palestinian Teachers, which is aligned with the Fatah movement, declared a five-day strike at public schools throughout the Gaza Strip to be launched on 24 August, the first day of the new school year, in protest to what it described as "arbitrary decisions" taken by the Ministry of Education of the Gaza government. These decisions have included transferring school directors and teachers to other schools, arresting a number of directors and teachers, attacking janitors and confiscating keys to schools.

According to information gathered by PCHR field workers, on the first day of the new school year, Sunday 24 August 2008, a partial strike was reported at all public educational institutions in the Gaza Strip. The commitment of teachers to the strike was estimated at 45 to 55 percent. Consequently, the first day of school was largely disrupted as many school directors, teachers and administrative staff committed themselves to the five-day strike declared by the General Union of Palestinian Teachers. In a subsequent development, the Internal Security Service belonging to the Ministry of Interior of the Gaza government circulated communiqués to directors of public schools, in which it threatened to take what it called "necessary legal actions" against whoever disrupts the educational process.

And from another article:

"Anybody who left their job will not be allowed to return," Askoul said. "They have become irrelevant and cannot be trusted anymore as educators."

Don't forget the last time there was a public workers strike in Gaza.

So what scions of the internationalist left can we expect to stand in solidarity with the strike-breaking government of Gaza after the firing of over 2000 teachers? Is there any need to revisit the myriad ways in which the repression of working class antagonism works not only to aggravate the fundamentalist hot house but teaches the rest of the dispossesed not to speak up? Ask yourself how long it will be until Hamas finds that it must divert energies that chafe against its internal dictatorship by launching another rocket war against Israeli civilians.